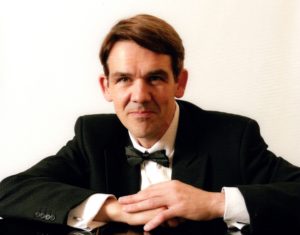 Our next recital will be on Tuesday 9 April at 7.15 pm in the Sunderland Museum and Winter Gardens.  The pianist is Valentin Schiedermair who will be playing 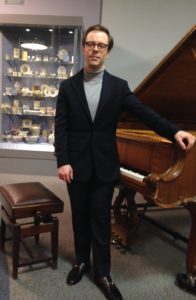 On Tuesday, March 12th Ashley Fripp gave a piano recital of works by Schubert, Chopin and Schumann in the Pottery Room at Sunderland Museum. This was enjoyed by a good, enthusiastic audience. The recital began with Four Impromptus D899 by Schubert which were beautifully played with much thought and care, particularly the third one. Following this we heard Four Impromptus by Chopin, a complete contrast to the Schubert and brilliantly played, giving a good end to the first half of the recital. After the interval Ashley Fripp opened the second half with a performance of Fantasiestücke, op.12 by Schumann. This was played with great authority and good insight to the work which was obviously enjoyed by the audience. To end the recital we heard Scherzo no.4, op.54 by Chopin which was a good climax to the evening however, the audience wanted more and Ashley finished with an encore, a gentle Chopin Waltz op.70 no.2.

Ashley Fripp is a young British pianist who has earned a fine reputation, performing throughout the world and winning many prizes. This is his third visit to Sunderland Pianoforte Society where he always enjoys playing their priceless Steinway piano and anyone who missed last night’s recital missed a treat. The next recital will be on Tuesday 9th April at 7.15 and will be given by Valentin Schiedermair who will be playing works by Bach, Mozart, Chopin and Mussorgsky.